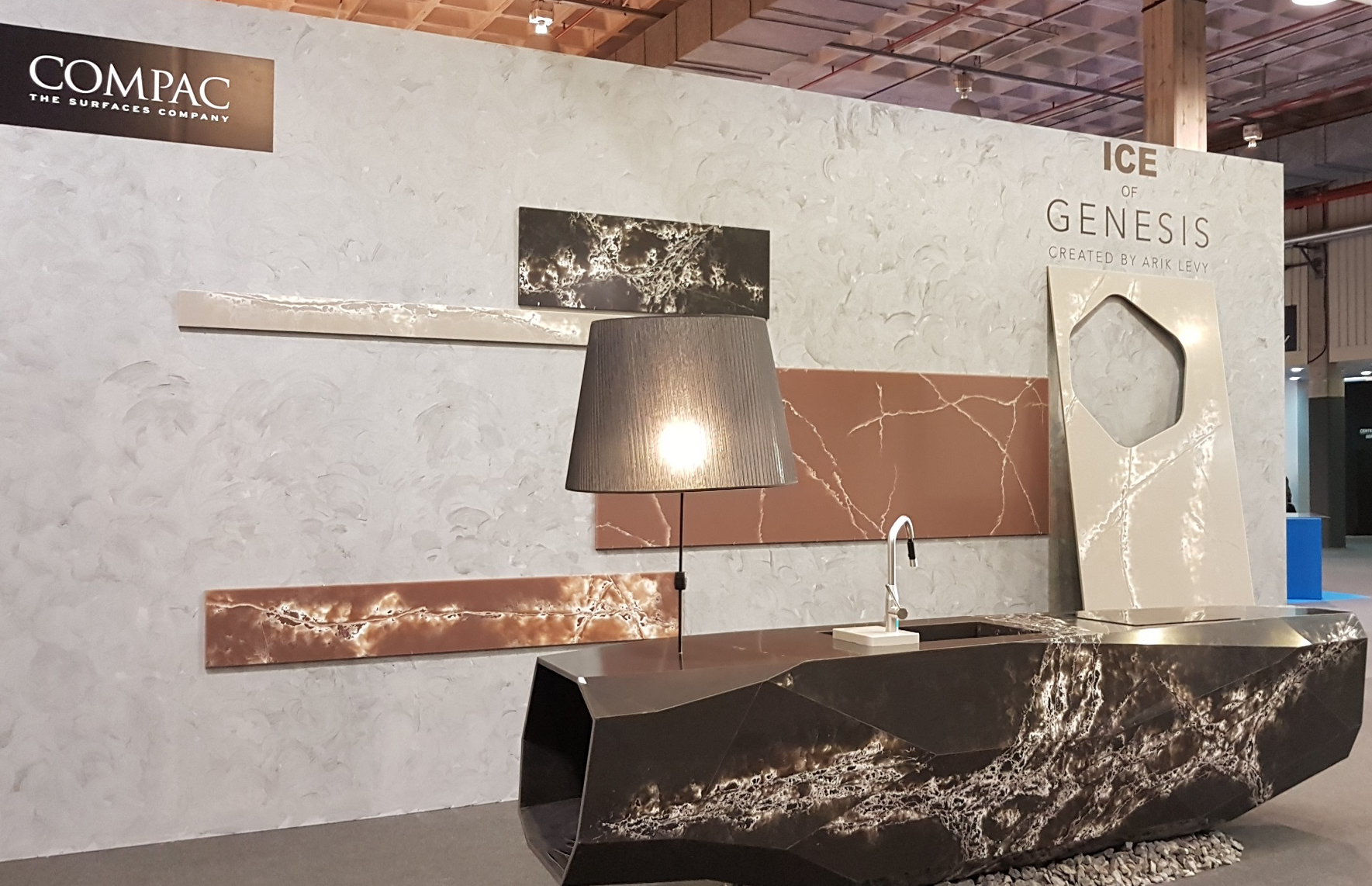 This impressive work of art, weighing 850kg, was made from Ice Black, one of the Genesis Collection surfaces

Valencia, SPAIN. February 22, 2017. The QuartzRock kitchen surface covering, made by the prestigious designer Arik Levy, takes pride of place on the stand set up by the multinational COMPAC at the Kitchen Show, SICI, held at Feria Valencia this year. This work is an imposing block of quartz weighing 850kg – 3.80m long by 90cm wide and 95cm high, composed of 29 pieces of Ice Black.

The prestigious designer Arik Levy is the creator of the Genesis collection, a major offering from this Spanish brand for the international market. With the design of QuartzRock, Levy wanted to make his personal tribute to quartz. In his own words “The power of quartz was discovered in the early dawn of mankind.  Physical, mental and spiritual virtues are closely related to minerals.  Preparing food is a matter of generosity, humanity and survival. So it was a natural process to unite and fuse artistic gestures, the science of engineering and human factors to create a sculpture for human use, or in other words, a piece of functional art. Both its looks and its dimensions celebrate its natural origin, wrapped in a mineral skin created by man.” The continuity of the veining elevates the surface of quartz to the category of a work of art, and according to its creator, this veining “emphasizes the meeting point between the greatness of nature and the transformative power of man.”

About the Genesis Collection created by Arik Levy

Artist, photographer, designer, choreographer… Arik Levy responded to this challenge from COMPAC with all his multidisciplinary artistic experience.  The result is the Genesis Collection, characterized by enormous visual power, inspired by the great frozen lakes found in the Arctic.

The new designs called Ice Black, Ice Orange, Ice White and Ice Nude from Genesis stand out for their innovative expressiveness and design. With his artistic approach to architecture and design, Levy has made a completely revolutionary commitment to a collection that is unprecedented in the field of quartz. 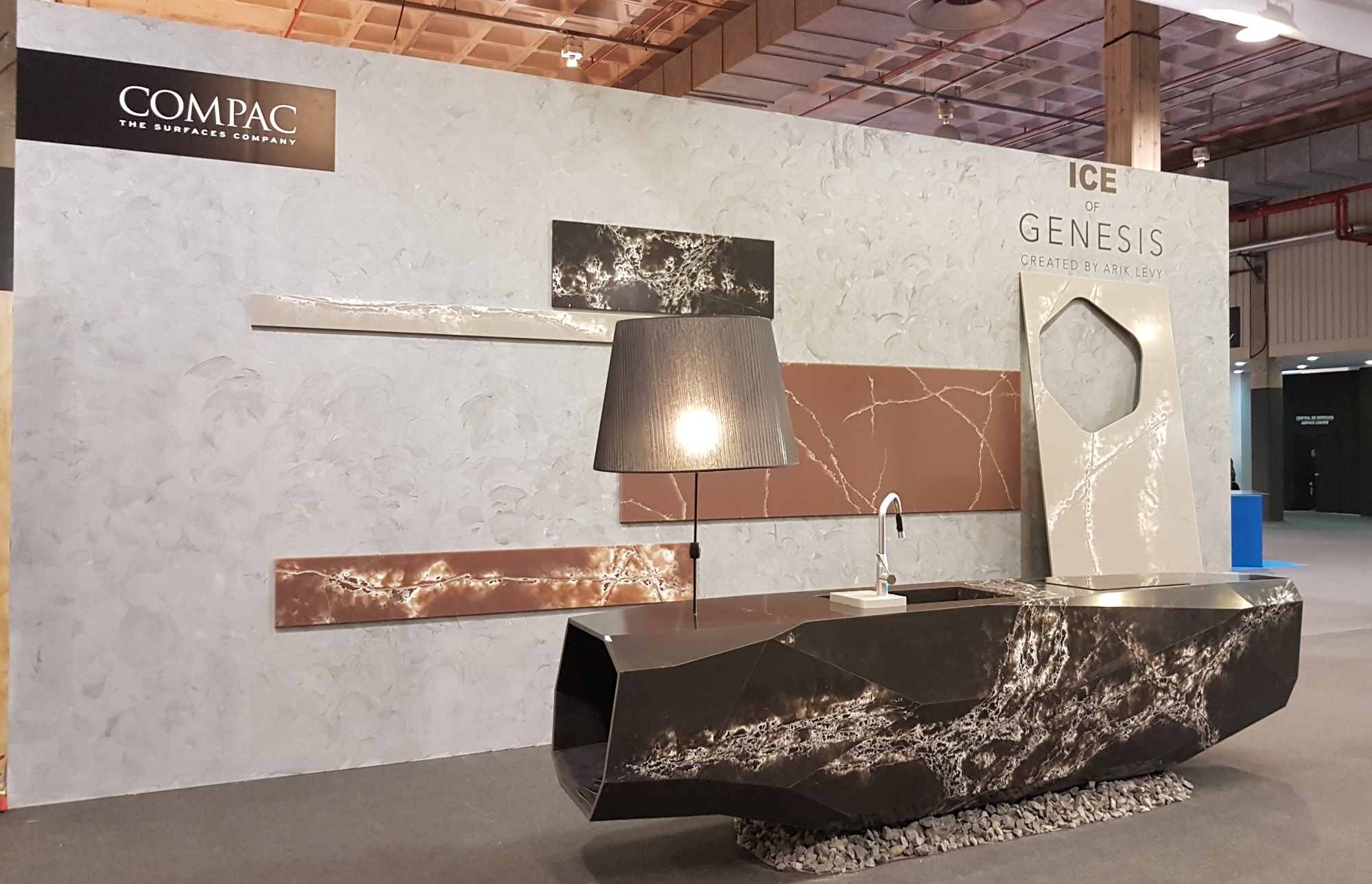